Which Type of Bulldog is Right for Me?

Suppose you’ve fallen in love with the smooshed-in (Brachycephalic) Bulldog face and are thinking of adding one to your family. In that case, you may want to spend some time thinking about which kind of Bulldog would best fit your home and lifestyle. So which type of Bulldog is right for you?

While some Bulldog Breeds are well-known, such as French Bulldogs and English Bulldogs, other Bulldog types are relatively new, such as the Continental or Australian Bulldog. Nevertheless, with a bit of research, you can find the one that is best suited to you.

What you should know before buying any Bulldog Breed

While the types of Bulldogs on this list can vary considerably, keep in mind that their short noses and heavy jowls lead to some similarities across the breeds. While loyal, devoted, and affectionate, with minimal grooming needs, Bulldogs do come with some challenges.

Their short noses mean they tend to drool, grunt, and snore. It also gives them less space to regulate their body temperature, so they have much more trouble handling heat and cold than long-nosed breeds. This makes them particularly prone to heat stroke when exercising. 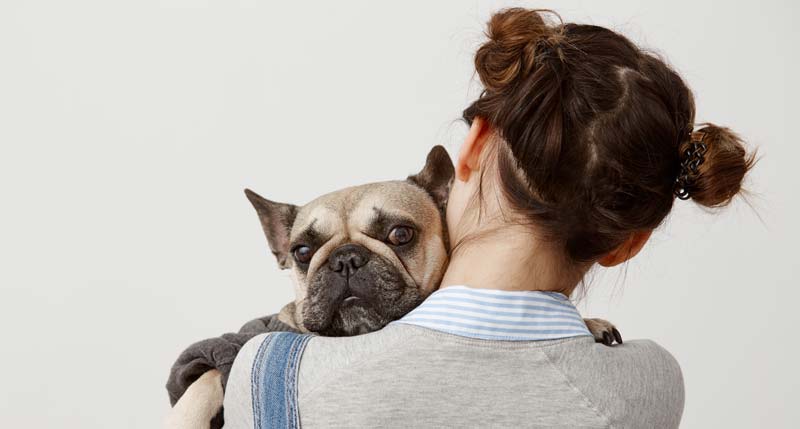 Some breeds have been so inbred that they struggle with chronic health problems, particularly respiratory issues or giving birth naturally. Those with deep skin folds on their faces will need to have cleaned and dried daily to avoid infections.

Bulldogs are also known for being a little stubborn and fearless. This is rarely a problem in a small companion breed like the French Bulldog. Still, it can take a more experienced owner when dealing with a larger Olde English Bulldogge or American Bulldog.

That said, let’s take a look at the different Bulldog breeds and see which one might be right for you.

Is English Bulldog right for you?

The most popular and well-known of the Bulldog Breeds, when you think of a Bulldog, you are probably thinking of the short-nose, wrinkly-faced English Bulldog. This breed has changed dramatically from its dogfighting and bull-baiting ancestors to a heavier, medium-sized dog built like a tank.

Unfortunately, breeding for the showering has bred extreme features into the English Bulldog and a host of health issues, especially related to their breathing. Still, they are predictable, docile, and affectionate companions that usually do well with children and other animals. However, they may be aggressive with strange dogs, so they will benefit from socialization classes.

Is Olde English Bulldogge right for you?

This is a medium-sized, muscular dog that is more athletic than the English Bulldog and is believed to have fewer health issues. They are described as being eager to please to the point of over-exerting themselves and are therefore more trainable. They are also bold and courageous dogs that make intimidating guard dogs.

This Olde English Bulldogge is for you if:

Is American Bulldog right for you?

The American Bulldog is a direct descendant of the Old English Bulldog brought to the United States by British immigrants. It developed as a working dog on farms, protecting livestock, hunting feral pigs, working as a catch dog, and a guardian. Although it nearly went extinct after World War II, it was eventually revived and developed into two types: the standard type and the bully type.

Today the American Bulldog is an active, high-energy bulldog that is quite trainable and often works as a hunting, protection, or sporting dog. They are social dogs that thrive on deep bonds with their owners. This breed can become aggressive or destructive if it is understimulated, bored, and not adequately trained and socialized.

Is French Bulldog right for you?

The bat-eared “Frenchie” is another one of the most well-known Bulldog types. The French Bulldog got its name after English lacemakers took their miniature Old English Bulldogs with them to France, where they were established as a small companion breed. 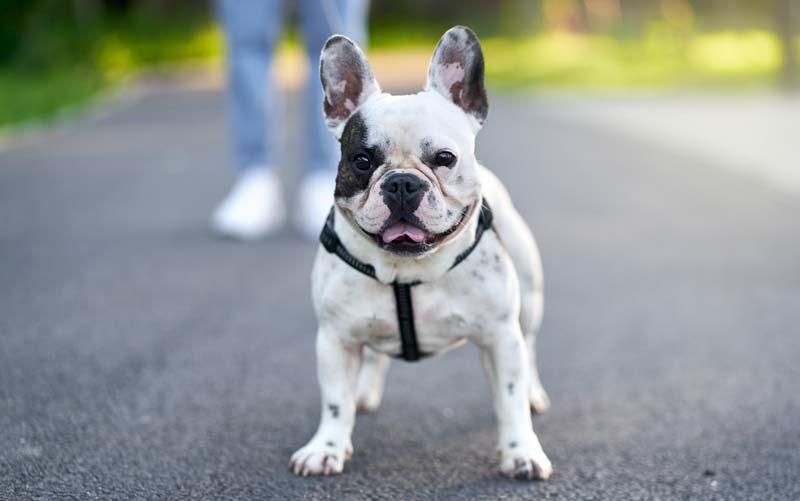 Full of character, these compact, tiny Bulldogs are perfect pets. They do well with families, kids, and even novice owners or other animals. Although they are prone to housetraining issues and health problems.

Is Australian Bulldog right for you?

Like several other breeds on this list, the Australian Bulldog was developed to be a healthier version of the English Bulldog. More specifically, it was bred to be suited to Australia’s harsh climate. 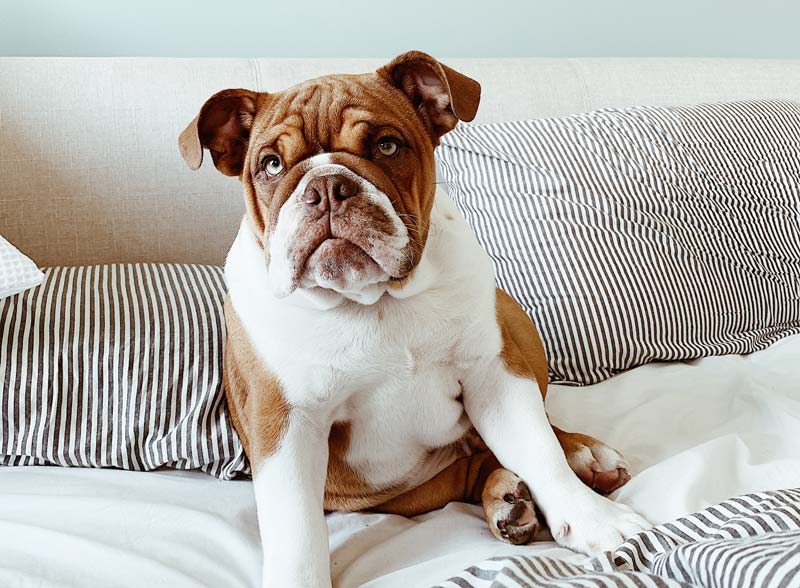 This is a good-natured, people-orientated breed that is slightly taller than its English Bulldog ancestors. Although it is prone to health problems, in general, it is longer-lived and seems to handle heat better.

Is Buldogue Campeiro right for you?

The Campeiro Bulldog is a Brazilian type that is probably fairly close to the original British Bulldog. It was originally used as a “catch dog” for livestock in slaughterhouses, giving it a relatively high prey drive as well as the usual powerful jaws.

Medium-sized and muscular, this rare breed is not for first-time or inexperienced owners.

Is Continental Bulldog right for you?

Although recognized in Germany and Switzerland since 2005, this breed is not acknowledged by the AKC. The Continental Bulldog was started in the 1960s to create a Bulldog with better mobility and fewer health problems. This was achieved by crossing the English Bulldog with the Olde English Bulldogge. 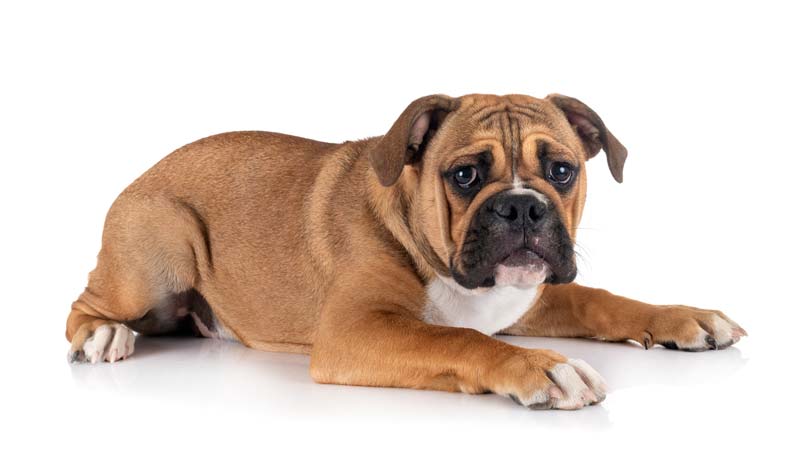 The eventual result is a medium-sized, compact dog with a more athletic build than the English Bulldog with less of an underbite. It is a confident but friendly dog, inheriting some of the best Bulldog traits and fewer health problems.

Is Ca de Bou a.k.a Majorcan Bulldog right for you?

Hailing from the island of Majorca off the coast of Spain, the Ca de Bou—also known as the Majorcan Bulldog or the Perro de Presa Mallorquin—is not a breed for inexperienced owners. 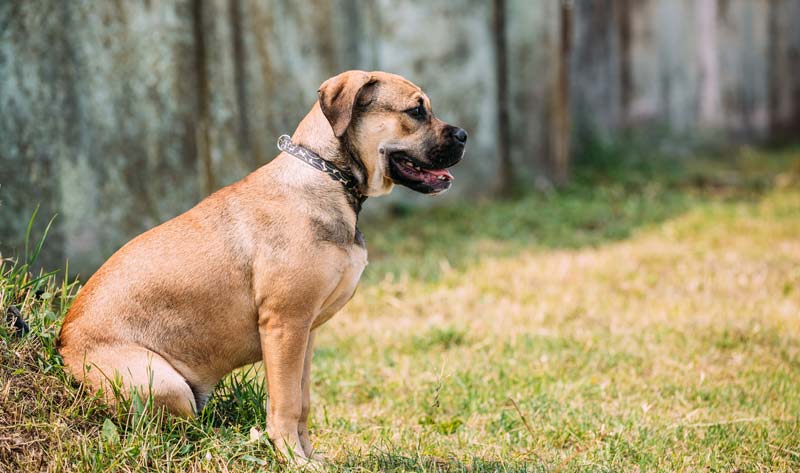 Strong and muscular, these dogs share the bloody history of all bulldogs in that they were used for bull-baiting and dogfighting. They may have been influenced by the original British Bulldog when Majorca was occupied by the British. Still, it is more likely that this is a much older breed descended from the Romans’ short-nosed molossers.

Although the Ca de Bou today has a much better temperament, they still need to be carefully socialized and trained to avoid problems such as dog aggression.

Is Valley Bulldog right for you?

The Valley Bulldog is a mix of the Bulldog, and the Boxer found predominantly in Nova Scotia, Canada. This new designer breed is for the guarding properties of the Boxer while adding the bulk of the Bulldog.

These are popular as working farm dogs that can protect property and livestock. They also have a playful and goofy side and are far more athletic than most Bulldog breeds.

Bulldogs are delightful companion dogs who love being close to their owners. Regardless, whether you choose a small companion such as the French Bulldog, or a muscular giant like the Olde English Bulldog, you will likely find that these are family dogs that do not like being left alone.

Slobbering, smiling, snoring, bundles of love, Bulldog pet parents often find themselves as devoted to the breed as the breed is to them.

Do you own a Bulldog? Let us know in the comments the most and least loved things about them 😉