How Many Puppies Can A Chihuahua Have In A Litter? 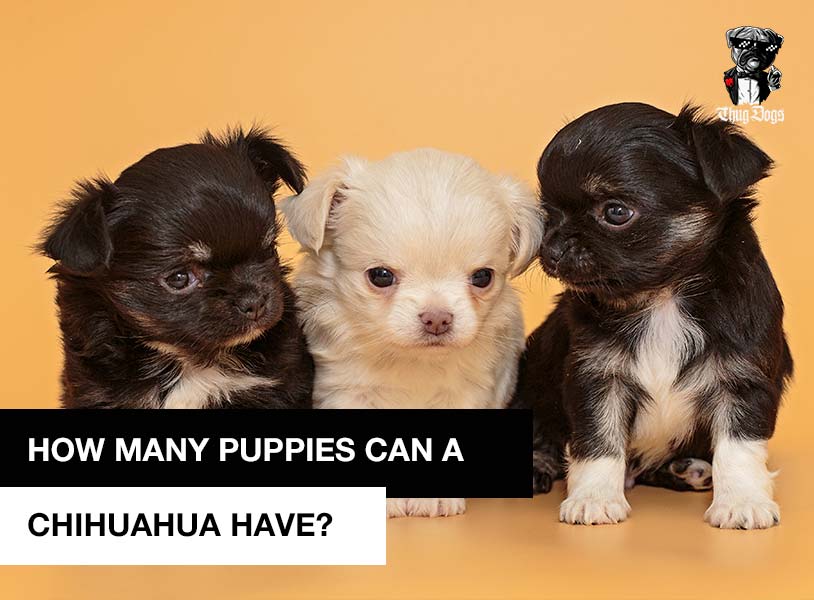 How many puppies can a Chihuahua have is the question we’ll answer in this article. If you’re considering letting your Chihuahua have a litter, then this a crucial question you’ll want to answer.

As everyone is aware, Chihuahuas are tiny dogs, and they make fantastic pets, but because they are so tiny, is it too much of a worry allowing your female Chi to get pregnant.

An unplanned Chihuahua pregnancy is the biggest fear of female Chihuahua parents; it’s one thing planning for pregnancy, but it’s a real shock when you discover out of the blue a pregnant Chihuahua is living with you.

Not to mention the upcoming cost you hadn’t been thinking about; of course, the health of your little girl is uppermost in your mind. However, there’s likely going to be a substantial cost because Chihuahua pregnancies usually end with a c-section (cesarean) to eliminate the risk to the mommy Chi; many Chihuahua parents now prefer to plan a c-section well in advance of the birth.

Before we talk more about a Chihuahua pregnancy, let’s answer the question of how many puppies you can expect when your Chihuahua gives birth. 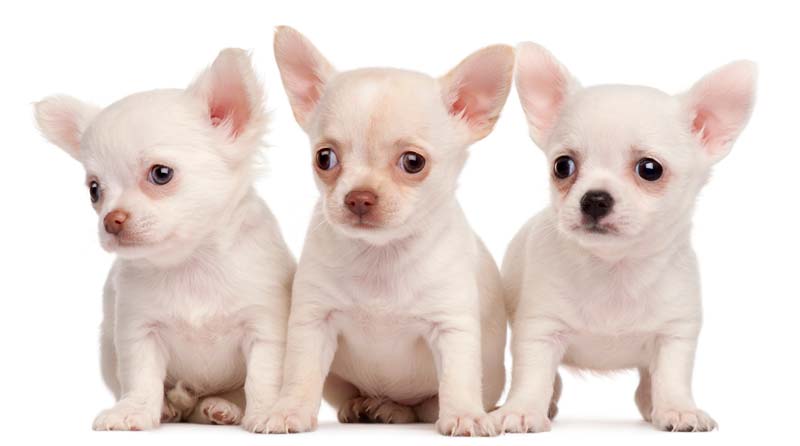 Typically Chihuahuas give birth to around three puppies in each litter. This number is not a hard and fast rule, though. Sometimes it might only be 1 to 3 puppies; however, if your Chi is a little older before she has her first litter, she might give birth up to 5 puppies.

Even giving birth to five puppies in one litter is still relatively low when comparing how many puppies bigger dog breeds have per litter.

How Many Puppies Can A Chihuahua Have The First Time?

As we mentioned, if the mommy Chihuahua is a bit older before you allow her to have a litter, then it’s conceivable she might have a large litter, by Chi standards anyway. But if she’s a young dog, the odds are she’ll have only a small litter the first time. A young Chi mother might only give birth to one puppy in her first litter, but typically you would expect two puppies.

It’s common for the number of puppies per litter to increase in subsequent pregnancies, with the largest litter being around the fourth pregnancy. If you continue to breed this female, her puppy-per-litter number will decrease. 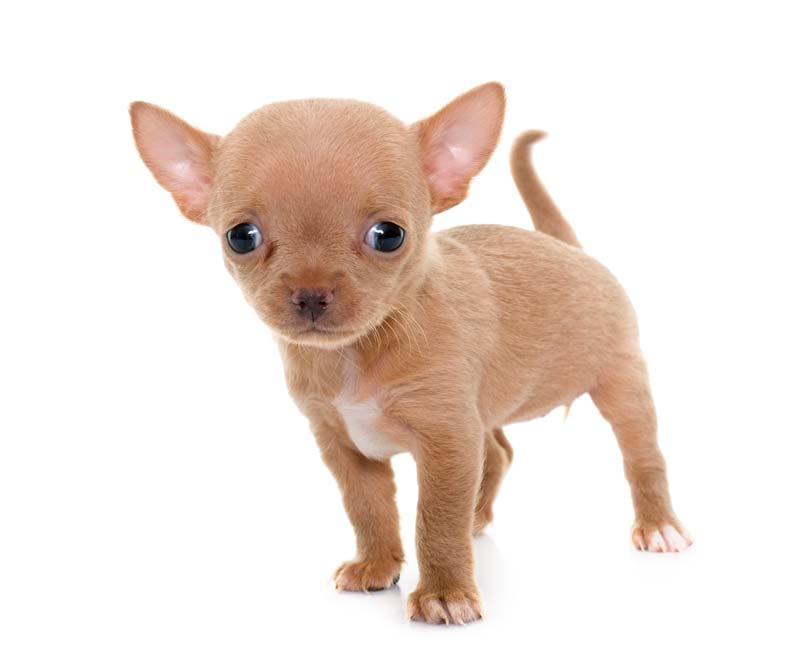 If you want to maintain the long-term health of your Chihuahua, it’s advisable not to allow her to become pregnant more than four times.

The largest recorded Chihuahua litter was eleven puppies. The mom and her puppies are now in the Guinness World Record book.

More significant than average litters bring their complications; it’s not unheard of in larger litters for one or two puppies to be considered runts and have difficulty feeding. As the Chi mother’s parent, you might need to step in and give some assistance.

Sometimes low blood calcium can cause eclampsia or milk fever; small breeds such as a Chihuahua are susceptible to this condition. It will usually occur when the Chi mom produces the most milk, between one and four weeks. A much more significant than average litter can be one cause of eclampsia because of the nutritional demands on the mother. 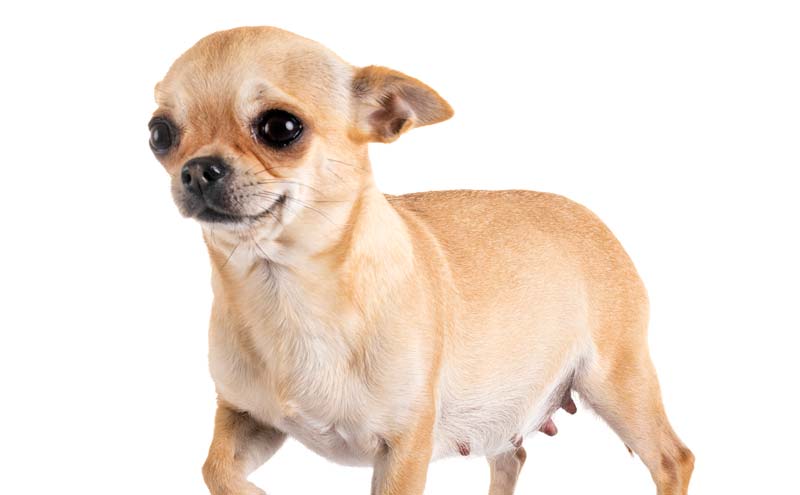 If you suspect eclampsia in your Chihuahua, you must immediately contact your vet because it’s a life-threatening condition for your Chihuahua.

It catches a Chihuahua’s parents out because tiny breeds like the Chihuahua come into heat the first time at a very young age; they are still puppies. It can occur between four and seven months, usually too young for a Chi’s parents to notice.

You might also be shocked to know a male dog can smell a female in heat from more than two miles away. Your little girl might even try to find a male to mate with herself.

Is Your Chihuahua Pregnant?

If you have been aiming for pregnancy or you suspect an unplanned pregnancy, you’re going to want to know for sure so you can begin giving her the best possible care. Here are six signs of pregnancy for you to look for:

The most unmistakable sign your Chi is pregnant is weight gain and an enlarged tummy. However, this only becomes visible further on in the pregnancy. So if you haven’t noticed any other signs but now she’s suddenly gaining weight, look closely for the different signs and, in any case, take her to your vet.

We are adding nesting as the sixth sign, but by now, you should know if your Chihuahua is pregnant because nesting occurs towards the latter stages of pregnancy.

How Many Times A Year Can A Chihuahua Have Puppies?

For the Chihuahua’s health, you should limit them to one litter in any 12 months. As we mentioned, nearly every Chihuahua pregnancy sees delivery via a c-section; this necessitates an even longer healing period. So perhaps an even more extended period is called for, maybe every other year. 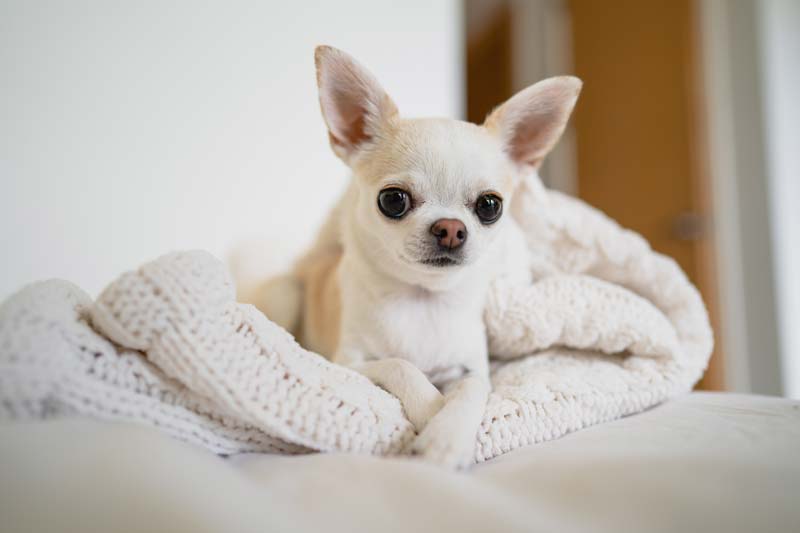 How Many Puppies Can A Chihuahua Have? Summary

If you have a Chihuahua girl and she’s pregnant, your vet will tell you around the 25th day of pregnancy how many puppies you should expect. To give you a more accurate count, the vet will need to use an ultrasound machine. Chihuahua puppies are so tiny in the mother’s womb it would be virtually impossible to know without ultrasound; even then, it’s still the best possible figure and not definitive.

To get the exact number, you’ll need to wait until the 45th week, and your vet will then give your Chihuahua an x-ray.