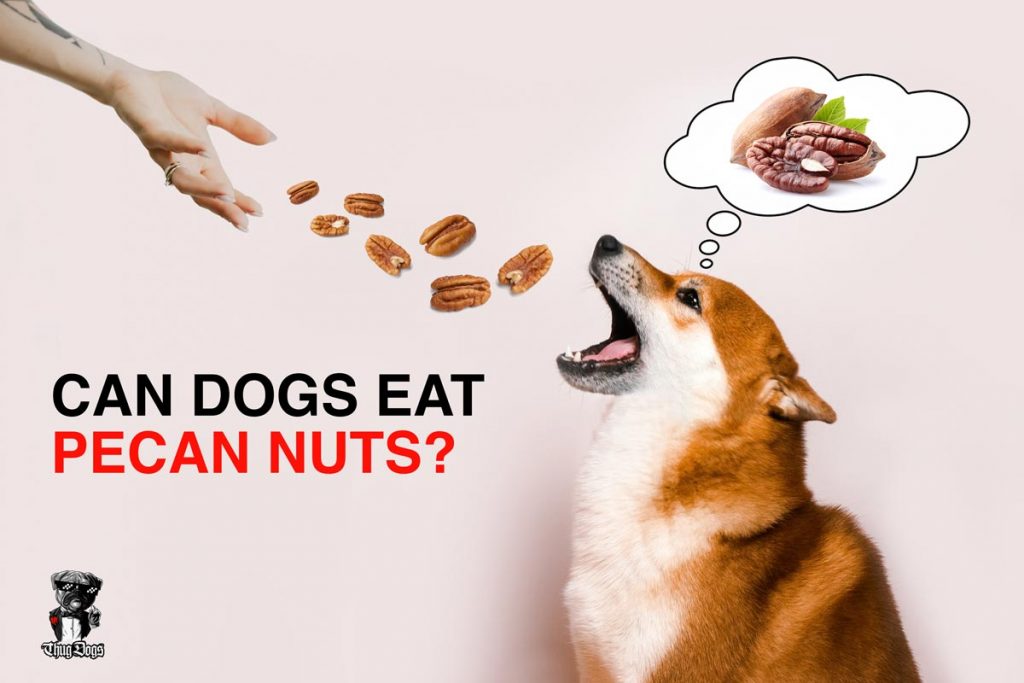 Pecans are a healthy and tasty food that a majority of folks like. In addition, many families plant hickory plants in their gardens so they could eat fresh pecans all season. Although pecans are common in human food items can dogs eat pecan? It’s strongly advised to avoid feeding them to your dogs, let’s see why…

It is because pecans have certain toxins that, when eaten in excess amounts, can induce serious side effects. Almost all confirmed animal poisoning incidents include unintentional poisoning, such as consuming toxic items. In this article, we will discuss in detail what exactly happens when a dog eats pecans and how it affects their health.

Pecans are harvested from nut plants and have extremely tough shells that can only be opened with the help of a tool. Also, the term “pecan” comes from a Native American term that basically means “nuts that require a rock to break.” Pecans are native to North America as well as Mexico that are used in a variety of traditional dishes, including pecan pie and caramel pecan ice creams.

So, can you feed your dog pecan nuts? Yes and no. Pecans are among several items which should only be consumed in moderation. You shouldn’t really be concerned if your pet just grabs and eats one or two pecan nuts. Several pet parents use pecans as snacks; however, there are some concerns to be aware of before feeding them to your pet:

Pecan nuts are high in fat

Pecans contain a high-fat level, which might cause gastrointestinal issues in dogs with weak stomachs. The excessive fat content could also irritate and severely damage the pancreas, resulting in pancreatitis. Pancreatitis causes the following clinical signs:

If you detect any of these signs, you should call your doctor for a more thorough examination. 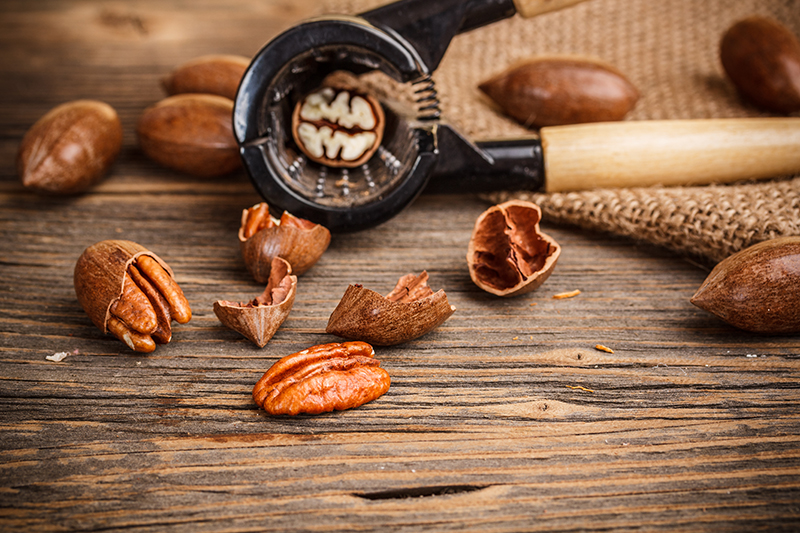 Pecans have the high-calorie content. If your pet is obese, avoid giving them pecans since they are packed with calories. Snacks should not exceed more than 10% of their total calorie intake. As a result, pecans and pecan spreads should be offered in moderation or simply as a flavorful method to assist your dog in swallowing a tablet by hiding it in pecan or peanut butter.

Pecans have a harmful seasoned coating

You should be careful about the coating on the pecans you choose to feed to your pet. Some coatings are poisonous or dangerous to canines, like:

You must check the description on the pecans before feeding them to your pet to make sure they are not poisonous. Even if the crust is thin, it might cause digestive problems in your pooch. Excessively salty pecans might also induce high blood pressure and even urinary stones.

Pecans have a toxic substance juglone that’s why they’re so tasty. Juglone is poisonous to dogs, which is upsetting for our animal companions. Juglone, commonly called naphthoquinone, is a primary contaminant present within pecans as well as walnuts that gets toxic when it comes in contact with oxygen.

While the stems and nuts from walnut and pecan plants do not contain significant juglone to affect people, it is a lot to cause a harmful effect on dogs. If your pet consumed a considerable amount of pecans, check for any visible signs like:

Excessive juglone in the body could be dangerous if left addressed. If your pet begins to show these signs, take him to a vet immediately.

Pecans are excellent munchies. Considering they’re packed in protein, calcium, minerals, and enzymes, they’re a popular food among most people. However, because they’re abundant in fat, they might create digestive (GI) disorders in your dog, such as increased bloating and constipation. Intake of pecans and perhaps other nuts on a regular basis might result in problems such as hepatitis and stomach flu.

Pecans, for example, are considered to be rough on the gut. Although certain species, such as squirrels, may easily digest pecans, dogs will never be one of them. It is due to components in pecans such as phytic acid and alkaloids, which end up making it extremely challenging for canines to digest nuts without experiencing severe health effects. 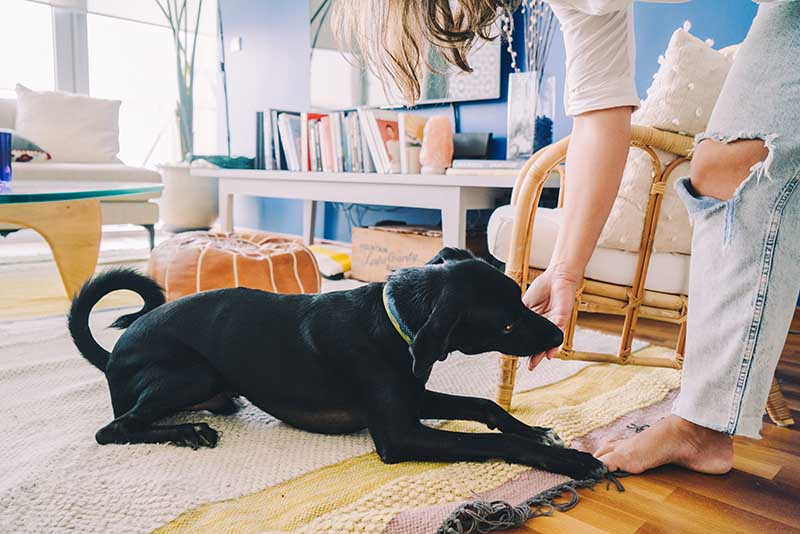 The size of the nuts is also an essential factor to remember. Pecans are big, prickly nuts with a high risk of choking. Based on the amount and texture of the nut, it may even induce intestinal obstructions, particularly in small or miniature breeds. Obstructions, as well as other gastrointestinal irritation, can result in seizures or possibly death, which is scary for pet parents and the dog.

Pecans are prone to fungal growth, despite the fact that it is difficult to detect with the human eye. It is due to the fact that pecans belong to the tremorgenic group of mycotoxins. Fungi create tremorgenic aflatoxins, which induce neurotoxicity in canines. Mycotoxin carries the tendency to be both harmful and malignant.

Mycotoxins, sadly, are getting more widespread than before. The exceeding mycotoxins concentrations have surged by 65% in the last three years, according to the Rapid Alert System for Food and Feed (RASFF).

Mold and fungus development are difficult to detect on things that are little and curved as a nut; therefore, it’s best to avoid them completely and try not to offer them to your pet. Please read the expiration date of the nuts you purchase at the supermarket just to be safe.

How many pecans can a dog eat?

1 or 2 two pecans might not hurt your pet; however, even this quantity could be deadly for tiny breeds. So all it takes is a single pecan nut to create an intestinal blockage.

If your dog sneaked a couple of pecans when you’re not looking, confirm it was just a small proportion of packed pecans, provided they were non-shelled without any added salt, sugar, or seasoning as its external coating. If they show any moderate signs, you should give them powdered charcoal and sufficient water. Call your vet immediately if you feel your pet has consumed a ridiculous quantity of pecans or nuts from plants that could be dangerous.

If your pooch is vomiting, peeing, or pooping at an abnormal level, he will most likely require hospitalization, which may include IV fluids, medicines, blood testing, and observation. However, if you notice blood in your pet’s urine or feces, you should bring him to your veterinarian right away. It might mean that his kidneys are malfunctioning.

What benefits (for dogs) do pecan nuts have?

Pecans are rich in unsaturated fats, enzymes, proteins, and nutrients that are good for animals and humans. That’s the reason, aside from the incredibly sweet and delicious taste, your pet is inclined to gobble up those nuts!

The problem is also that your pet will need to consume a huge proportion of pecans to get any significant perks, and doing so might be highly dangerous for their overall health. Furthermore, they may simply obtain these essential vitamins from a variety of foods.

Is it possible for dogs to consume pecan pie after knowing raw pecans are troublesome? Pecans, oil, eggs, and honey are combined in a pecan pie crust for this famous dish. 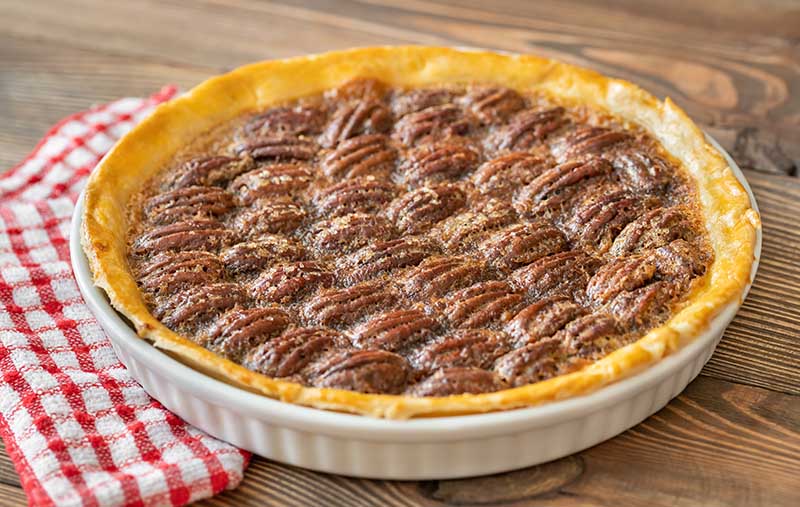 Pecan pie is not suitable for dogs. The excessive amount of sugar, in addition to the poisoning elements of pecan nuts, could be very harmful to your pets. Consuming a lot of glucose and buttery items might trigger gastrointestinal distress. It can also cause problems like being overweight in the future.

Usually, people purchase store-bought pecan ice cream; however, some might choose to make their own. In any case, never give this food to your dog. Because this ice cream contains raw pecans, it would be nearly as dangerous to pets as regular nuts. It would also lead to issues such as dental caries and diabetes. If you want your pet to live for many more years, then avoid feeding them pecan ice cream even if they make cute puppy faces.

Pecans are native to North America as well as Mexico and are often used in tarts, pastries, waffles, and many other tasty delicacies. But they are not a healthy snack for your pet since they consist of high sugar content, fat, and nuts that altogether will make your pet ill.

Can dogs eat pecans from the tree?

Is it safe for dogs to eat pecans directly from the plant? Even nuts collected off the plant might cause issues for your pet. In addition to the health problems they might bring, there’s also a significant chance of intestinal obstructions. Especially those hard shells. If a canine eats a pecan along with its shell right from the plant, it can become a choking hazard.

Candied pecans are made in a variety of ways. However, sugar and cinnamon would be the main ingredients. Candied pecans have most the similar issues as ordinary nuts, but they also have a high amount of sugar in them. Diabetes and dental damage are two problems that sugary snacks may cause.

How do I know if my dog has eaten too many pecans?

If your pet eats a lot of pecans, he will suffer from nausea and constipation. However, there are some more considerable signs to be aware of. Discoloration of the eyelids and tongue and also red or dark-colored urine are symptoms that the kidney is deteriorating. It indicates that your pet has developed hepatitis and is probably malnourished.

You must also be attentive to your pet’s urination activities. Is he experiencing difficulties? Bladder stones are a typical sign of Mycotoxins toxicity, which occurs when several nuts are consumed. It’s possible that your pet has bladder stones if he can’t or won’t urinate. 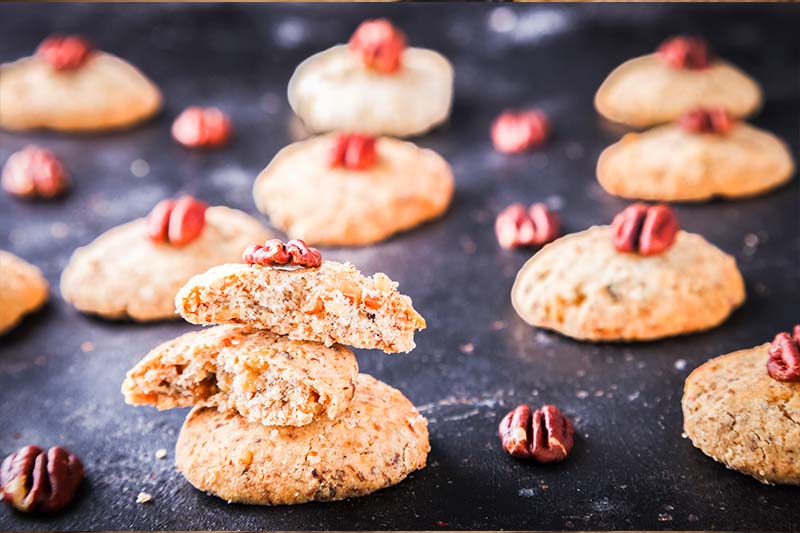 Bladder stones are stressful and necessitate surgery to remove, so don’t neglect this sign and bring your pet to the veterinarian right away.

Are other nuts safe for dogs?

Veterinarians normally do not advise pecans for dogs. Other nuts, like peanuts, cashews, and even almonds, are safe for your dogs. Despite the fact that these nuts also include fiber and energy, they could be choking dangers, induce gastrointestinal problems or digestive obstructions, and are sometimes packed with extremely dangerous substances such as salt and artificial ingredients.

You must not feed pistachio or chestnut to your pet since they are poisonous to them. Pistachio nuts, as well as black walnuts, are also considered to be extremely dangerous to our dogs. If your dog consumes more than two by mistake, get medical assistance right away.

There is definitely a lot of different “human food” that’s acceptable for canines to eat, such as:

When talking about offering your pets pecans, then moderation is key, as it is with other things. Pecans and canines do not get along well, so try to avoid adding them to their treat or meal as much as possible. Your dog will be protected from juglone toxicity, digestive disturbances, and harmful levels of aflatoxins if you keep them away from these nuts.

Although pecan nuts are a delightful snack for people, they should not become a part of your dog’s diet, even in little quantities. However, if your pet discovers some nuts on the ground, there’s really no need to worry. Simply monitor them from time to time and watch out for any signs, such as indigestion or vomiting.

If the signs are moderate, powdered charcoal might help; however, if the signs continue, then a visit to the veterinarian could be required. In the end, it’s unlikely for a canine to eat plenty of pecans to trigger a life-threatening allergy, so your pet will be completely fine in most cases.

can dogs eat did you know dog nutrition dog safety
Share. Facebook Twitter Pinterest LinkedIn Tumblr WhatsApp Email
Previous ArticleEverything You Need to Know About Senior Dog Pancreatitis
Next Article What to feed your dog after they had pancreatitis