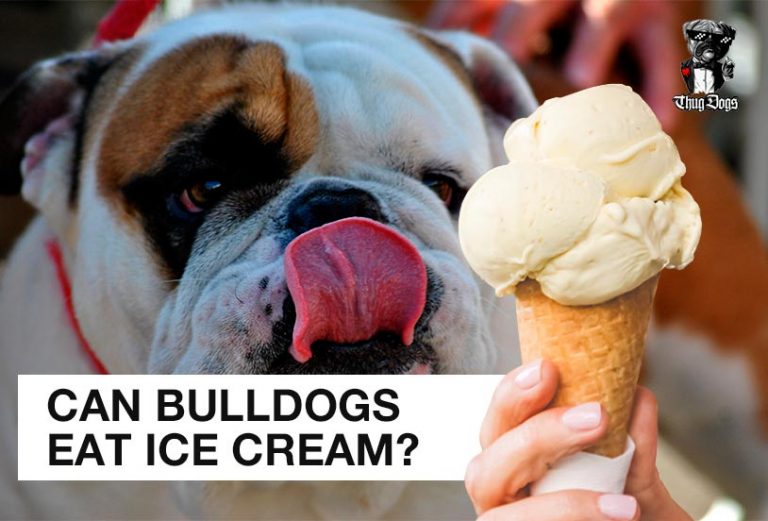 After Bulldog puppies are weaned, same as all puppies, they don’t produce the levels of lactase needed to digest milk or products made with milk, such as ice cream. No matter the type of Bulldog, any Bulldog can have issues after eating ice cream so let’s see what you should be aware off.

When Shouldn’t You Share Your Ice Cream with Bulldog?

First of all, if you know for sure you’re Bulldog is lactose intolerant, then you shouldn’t be feeding ice cream to your dog, not even in small amounts. Moreover, if you don’t know one way or the other about your Bulldog’s tolerance levels, it might be handy to speak to your vet about the situation and get some expert input on things to be on the safe side.

If you believe or you’ve never had reason to suspect your Bulldog might be lactose intolerant and therefore want to provide a little bit of ice cream, then offer tiny amounts and see how they react. However, if you notice any of these symptoms, don’t give any more ice cream and monitor your dog carefully:

When Is Ice Cream Bad For Bulldogs To Eat?

Think about this for a moment; a plain vanilla ice cream might be bad for your Bulldog if they are lactose intolerant, but what if the ice cream was chocolate flavor, dipped in chocolate sauce, and sprinkled with nuts? That’s right; there are so many ingredients in that one ice cream terrible for any dog, not just a Bulldog. 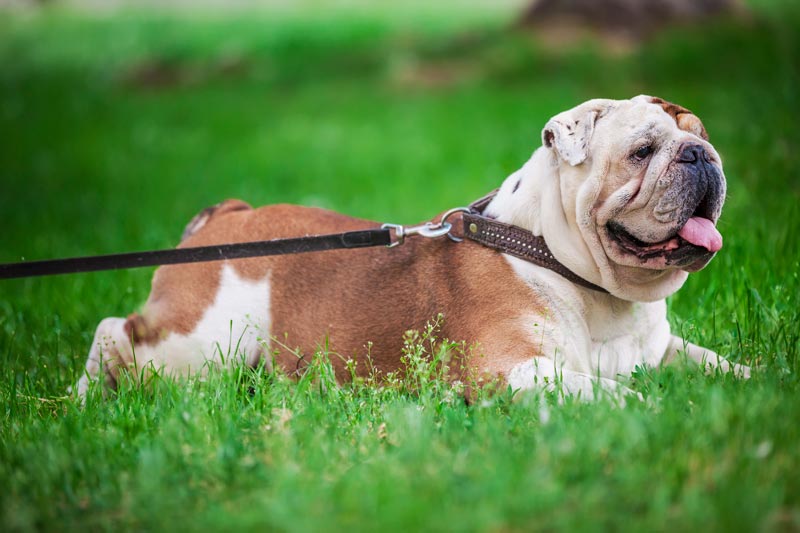 Chocolate is toxic for dogs; it contains theobromine and caffeine; so many dog owners have needed to rush their dog to the emergency room because of chocolate poisoning. Nuts are also high in fats, and some, like macadamia, are poisonous for dogs.

There are other flavors you would do well to stay away from as well. For example, coffee, green tea, and any ice cream or frozen yogurt claiming to be fat-free or sugar-free because the artificial sweetener they use might contain xylitol, a substance toxic to dogs.

Is Your Bulldog Overweight?

Do you have a seriously overweight or diabetic Bulldog? Let’s face it; Bulldogs are not typically at the front of the queue for exercise, unlike meal times. So, it can be a little challenging to keep their weight down, especially when they get a few years on them. 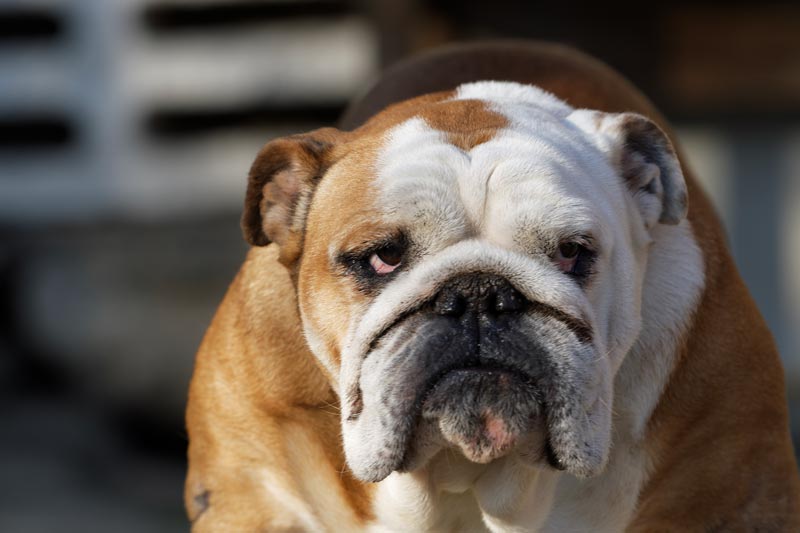 However, you’ve made sure your Bulldog isn’t sensitive to lactose, and the ice cream you plan on providing doesn’t have any toxic elements, but there’s still the problem of sugar.

Too much sugar in your dog’s diet will contribute to your dog’s weight issues and potentially create other health problems such as:

Ice cream contains carbohydrates, and while the amount varies with different ice creams, if controlling your Bulldog’s weight or carb intake because of diabetes is crucial, overeating ice cream can be an issue. There are better snacks to feed your Bulldog that don’t affect their carb intake so much.

Is It Safe To Feed A Bulldog Ice Cream?

Feed a tiny amount and watch for any signs of nausea, diarrhea, bloat, stomach cramps, or bad gas if it’s the first time. This is to ensure your dog is not lactose intolerant or allergic.

How Much Ice Cream Should I feed My Bulldog?

A few licks aren’t going to harm your Bulldog, providing they don’t aren’t lactose intolerant. But ice cream contains carbohydrates and sugar; if your Bulldog is overweight or suffers from diabetes, there are much healthier snacks to feed them.

Which Ice Cream Flavors Can I feed My Bulldog?

It’s much better only to feed plain vanilla. Other flavors might contain toxic ingredients, such as chocolate. In addition, ensure the ice cream doesn’t contain macadamia nuts or coffee.

But the bottom line is that before giving your Bulldog some ice cream, consider a better, healthier snack you can offer them.

If you’re going to provide some homemade snacks, do some prior research on all the individual ingredients you will put into the recipe. Doing that will ensure your Bulldog will avoid any nasty tummy upsets.

How do I stop my Pit Bull Shedding? Tips and TOP products

Can Bulldogs Eat Carrots? YEAH! But why?