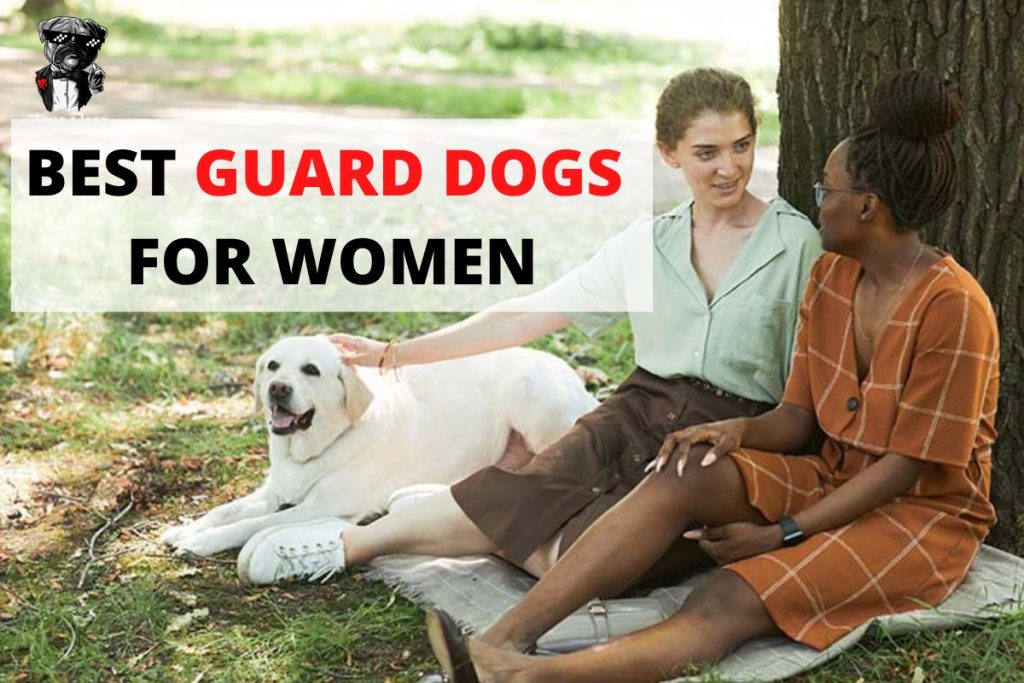 Are you looking for best guard dogs for women? The world can be an intimidating place, especially for women. When considering guard dogs for women there are a few key aspects to take into account. Choosing the right guard dog for you will always depend on what you prioritize the most. If you want a dog to guard your land then you will need quite an independent breed. Talking about the breed that’s happy to roam around your property.

One of the oldest jobs dogs have done for us is protecting our land, property, and ourselves. Two of the oldest guarding breeds have been Mastiff-type dogs that were used to protect a farmer’s livestock. They would live out with the animals they protect to fight off any predators. These days most guard dogs are smaller and therefore easier to maintain.

When it comes to personal protection dogs, these are usually high drive dogs that bond very closely to an individual and need a high level of training to be able to manage them properly. Getting a guard dog for a single woman doesn’t mean finding the biggest, toughest looking dog and assuming that will do the trick.

For women looking for the perfect guard dog, there are a few things to consider. While a guard dog doesn’t need to be the biggest dog you can find – breeds like the Irish Wolfhound for example aren’t known for their guarding abilities despite being a giant breed. You still want your guard dog to have a strong presence even if they may not be on the giant spectrum of dog breeds. A larger, muscular-looking dog is going to be more of a deterrent than a smaller, pocket-size breed. 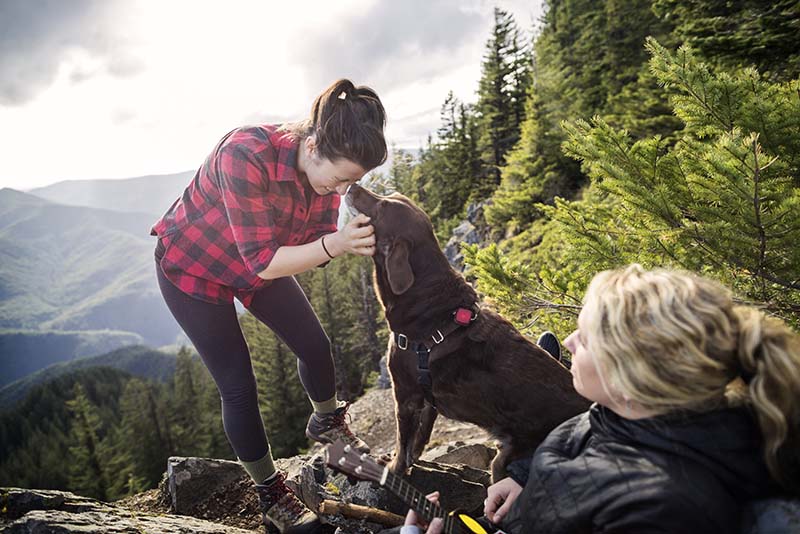 Besides appearance, guard dogs should be breeds with a genetic disposition to protect. If you buy a labrador, no matter how large it is, it will be more likely to greet trespassers with a wagging tail because they’ve never been bred for guarding purposes.

Guard dogs are generally loyal, easy to train, and not instantly trusting of strangers. Their circle of people they trust is smaller than standard pet dogs as they’ve been bred to bond closely with some while treating others with an innate suspicion.

The Belgian Malinois is a breed that has been gaining popularity over the years. They’re not a breed suited to a novice dog handler. But when trained well, these robust, muscular dogs pack a punch. There’s a very good reason why many industries like the military are favoring the Malinous over the Garman Shepherd these days. First and foremost, Belgian Malinois are the healthier breed with fewer join and hip issues. 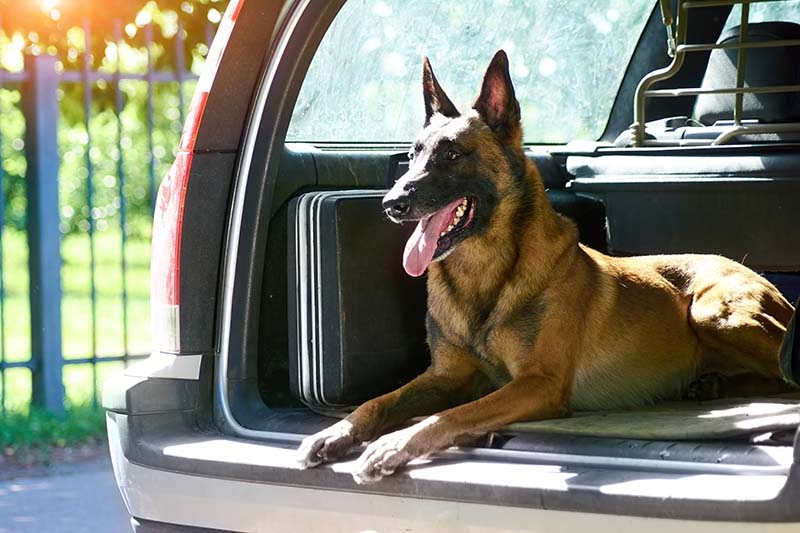 Their drive to work and flourish in training like obedience and bite work makes them stand out. They may be smaller than many other guarding breeds but what they lack in size, the Belgian Malinois makes up for in muscle and speed.

They’re an intelligent breed who can use their independent streak to conduct decision-making while remaining loyal to their owners. The Malinois is a breed used by the military, police, and by anti-poaching officers to protect endangered wildlife. If you can harness the drive and energy of a Malinois, they make an excellent guard dog for a single woman.

Another breed that benefits from its athletic, lean build is the Doberman Pinscher. Larger than the Belgian Malinois, Dobermans are tall, powerful dogs but not overly stocky which makes them incredibly fast. If you’re looking for an imposing-looking breed that is also quick to act in the face of a threat, these dogs have proven their worth countless times as guard dogs.

The great thing about Dobies is that they have a very high working drive. On the other hand, they are also able to turn off and relax with their owners. For women looking for a guard dog they can also cuddle up with at night, this breed will check every box. 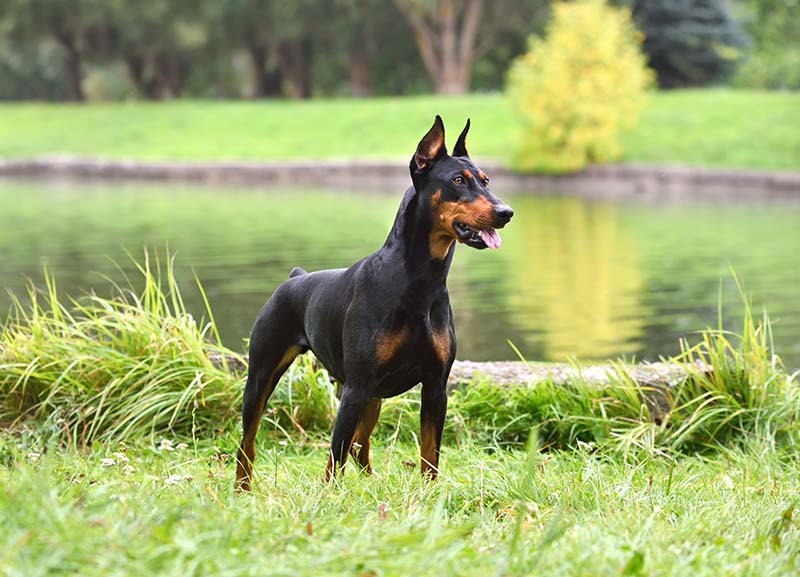 Dobermans were bred to do the job of guarding when tax collectors in the 19th Century needed a tough-looking dog to take with them while they did their very unpopular job. They’ve since had a reputation for their unwavering loyalty, even in high-stress situations.

Out of all the breeds listed, the Rottweiler has the longest-standing reputation for being intimidating. They were initially bred to protect herds of cattle but now regularly compete in herding events. They’re large, stocky, and don’t back down from a challenge. Therefore, they have a good reputation for being able to manage a herd of cattle well where traditional herding breeds like collies may struggle.

They are fiercely loyal to their owners and in a situation where some dogs may be scared off, a Rottweiler will not back down. They may not be as quick or agile as some other guard dog breeds but a Rottweiler’s strength and perseverance make up for being a little slower. 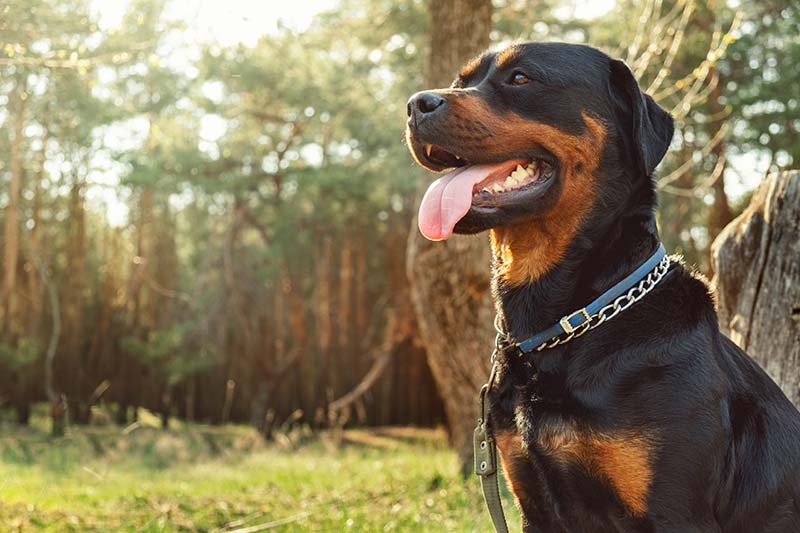 Beyond being protective of their family, Rottweilers make excellent guard dogs because they’re so affectionate and generally easy to live with. Some high drive dogs may struggle to turn off but a Rottie loves to snuggle up with its owner at the end of a day!

The Schnauzer comes in three different sizes and excels at different tasks. The smaller breeds make great alert dogs and have a reputation for being vocal. The Giant Schnauzer isn’t vocal but they were bred to herd cattle and act as guard dogs. Their imposing size and acute intelligence make them stand apart from other breeds. It is one of the oldest breeds use as police dogs. However, giant schnauzer have fallen out of popularity in favor of more compact, faster dogs.

This breed needs a lot of mental stimulation as well. As a guard dog, the Giant Schnauzer is loyal and is highly trainable. They’re strong-willed and can be stubborn so need consistent work to keep them motivated.

The Giant Schnauzer can be a highly rewarding guard dog but only if you’re willing to put the work in. 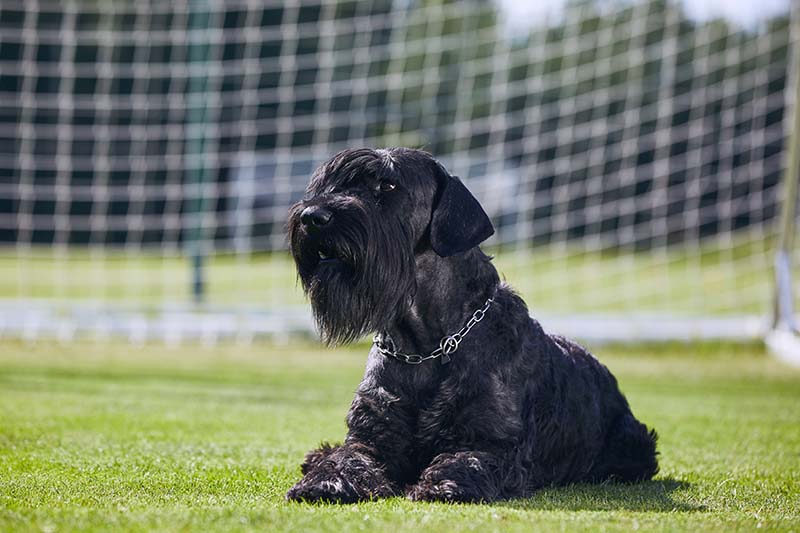 Many breeds are more than capable of acting as guard dogs. These four breeds are good guard dogs for women because of their trainability and manageability.

All four breeds are also great companion dogs. They work well in a single-person household so they easily double as loving pets and driven working dogs.