6 STEPS – How to stop your dog chasing or killing chickens 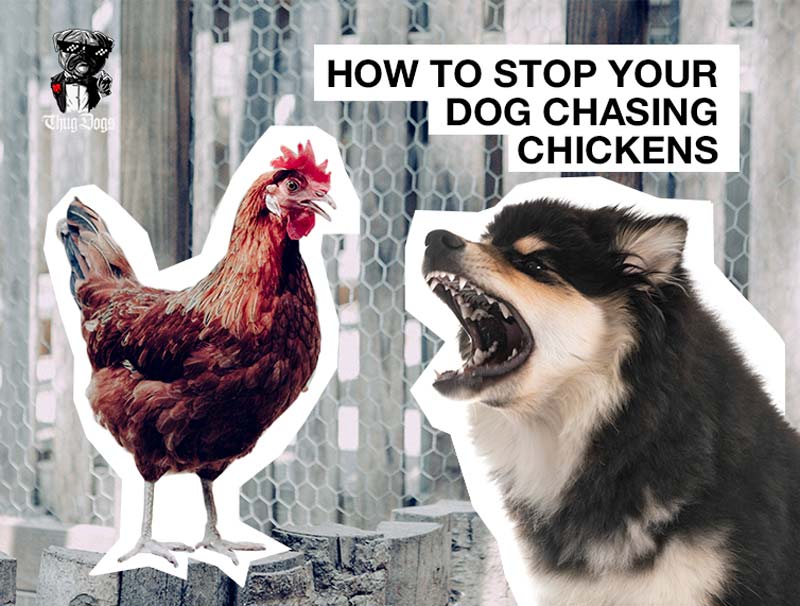 Whether you have a small homestead with backyard chickens, or your neighbour’s keep a coup for eggs, one of the hardest things can be to teach your dog not to attack chickens or other animals. So how to stop your dog chasing or killing chickens?

Whether you have a Labrador that’s programmed to attack  birds like chickens or a herding dog like a Bordoodle that loves to chase them, you’ll be relieved to know that dogs of any age can be taught to stop harassing poultry. Although it is best to start with puppies.

Can you teach a dog not to chase chickens?

It is much easier to teach a puppy to ignore chickens than an adult dog, especially if the adult has already chased or killed a bird in the past. The action of having already killed their prey is rewarding enough to make it very difficult to stop in future, and the dog may need to be separated from chickens altogether. 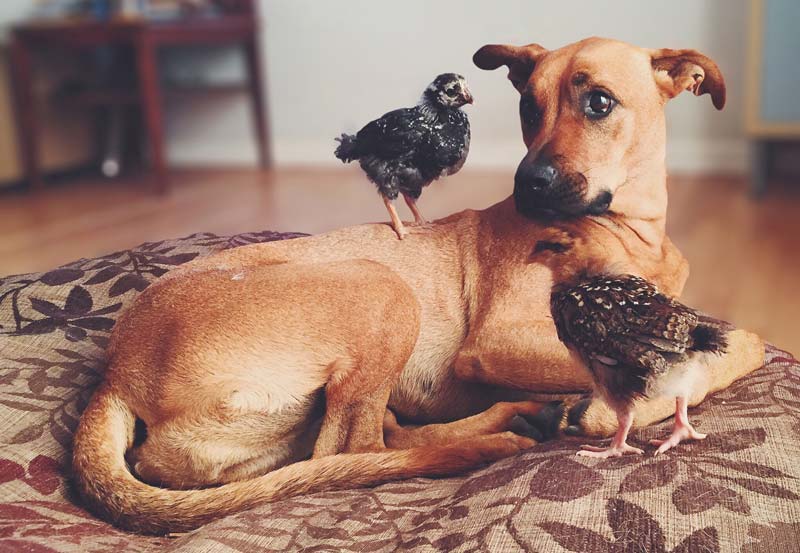 Many dogs can be counter-conditioned with proper training to stop attacking livestock, but if they have done it once, they may always need to be monitored. Certain breeds have higher prey drives than others, and can also be harder to train when it comes to farmyard animals. This includes mixed breeds with high prey drives such as the German Shepherd Greyhound mix.

Nevertheless,  there are steps you can take to stop your dog attacking poultry.

Steps to teaching your dog to ignore chickens

Step 1: Do not allow your dog near the chickens on their own

Regardless of whether you have brought home a rescue dog or just purchased a new puppy, seeing a chicken can trigger a dog’s natural play or prey drive. Unfortunately, taking off after a bird is self-rewarding behavior. All the feathers and the squawking are extremely exciting.

This means that your dog won’t hear calls or shouts to stop, and if you punish them afterwards, they won’t connect the dots. So to set your dog up for success to begin with by cutting off their access to the chickens altogether.

Step 2: Start your puppy or dog on basic obedience

Before letting your dog anywhere near any chickens, start building their responses to basic obedience commands. This will mean a little more than the average sit or down—although those are important too.

Your dog should also learn to:

To achieve this, you can use a clicker to mark the behavior you want—your dog’s focus on you—followed by positive reinforcement with a treat. Gradually, you can introduce the command “look at me” to get their attention when you need it. 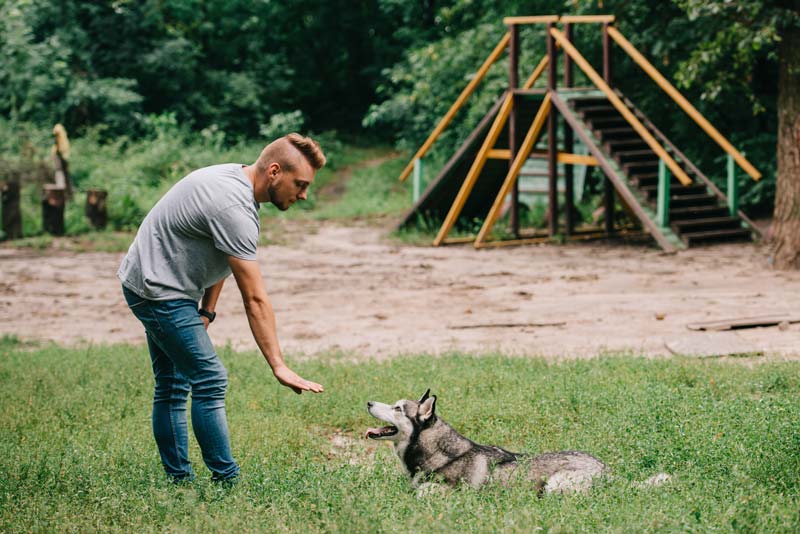 Similarly, you also need to teach them to “Leave it”. This is done by starting with a low value item they are not particularly interested in, saying “leave it”, and trading it for something they like better. Gradually build up the value of the item they have so that they learn no matter how interesting something is, if you say “leave it” you will always give them something better.

Not all dogs are particularly food motivated. So for some, you will need to build their focus on something they like more. If they love chasing a ball, spend time fostering and encouraging that interest. This way, any time you are holding a ball, you should have their full attention.

Step 3: Start counter-conditioning your dog not to chase chickens

Once you know how to keep your dog’s attention and your pup understands basic obedience commands, you can begin introducing the chickens. To begin with, you are not going to close enough for your dog to get excited. An excited dog can be overstimulated and quickly forget everything you have taught it, putting you back at square one.

Keep your dog on a long line, about 25 feet, and approach the chickens from a distance. Stop before your dog gets too excited and ask them to look at you or at the toy. Reward your dog and make a fuss for giving you attention rather than the chickens. If your dog is too fascinated by the birds, move further away and try from a greater distance. 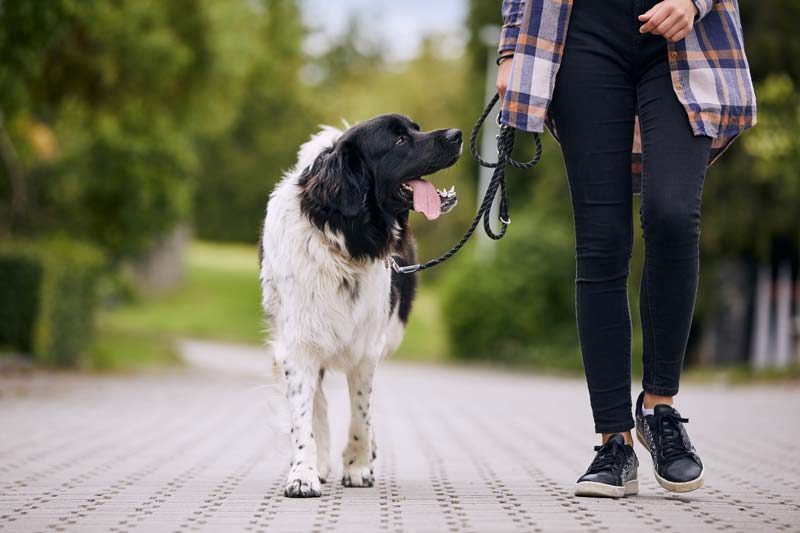 It may take days, or weeks, but patience and consistency are key. Keep your dog on a long line as you approach the chickens and ask for their full attention while gradually working closer to the birds. You can practice obedience with positive reinforcement, or have fun play time. Try to close the distance between yourself, your dog, and the chickens without the dog noticing.

Step 5: Use the “leave it” command

By now you should have spent a lot of time working on the “Leave it” command. As you get closer to the chickens, use it every time your dog looks in their direction. Follow up with a distraction, such as a favorite toy or a snack. 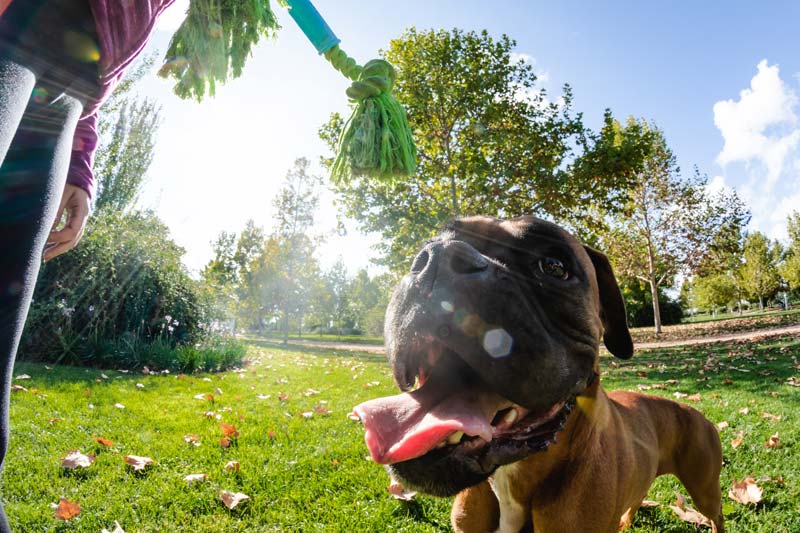 Do not wait until your dog is actively lunging at the bird to say “leave it”. Rather, time the command just as your dog looks in their direction. With enough counter-conditioning and rewarding your dog for ignoring the chickens, the pup should soon learn that it’s better to pay them not mind at all.

Finally, if you have a dog that has already killed chickens, or just a dog with an extremely high prey drive, set them up for success by stopping access to the chickens altogether. This is especially true for dogs who are going after a neighbor’s birds, since they are legally within their rights to euthanize the dog for damaging or endangering their property.

Secure fences where you have to or build new ones. Furthermore, make sure your dog has appropriate ways to use their hunting instinct. This can mean playing fetch or using a lure with them more often. It can also mean upping the amount of exercise and mental stimulation they get in general to get rid of excess energy and keep them out of trouble.

What does not work to stop a dog killing chickens

Tying a dead chicken to a dog’s collar

There is an old wives’ tale that tying a dead chicken to a dog’s collar will stop them from hunting birds in the future. This simply is not true. At best, dogs are likely to be annoyed, confused and perhaps scared by the extra weight attached to them. More likely though, they will delight in it and either eat or try to role in it.

Shock collars can be effective training aids in the hands of a professional trainer who knows exactly when to use them and how. But, for most people, using an e-collar will backfire. If a dog is shocked when they are already chasing a bird, they will likely only get a shot of adrenaline that will spur them on further. 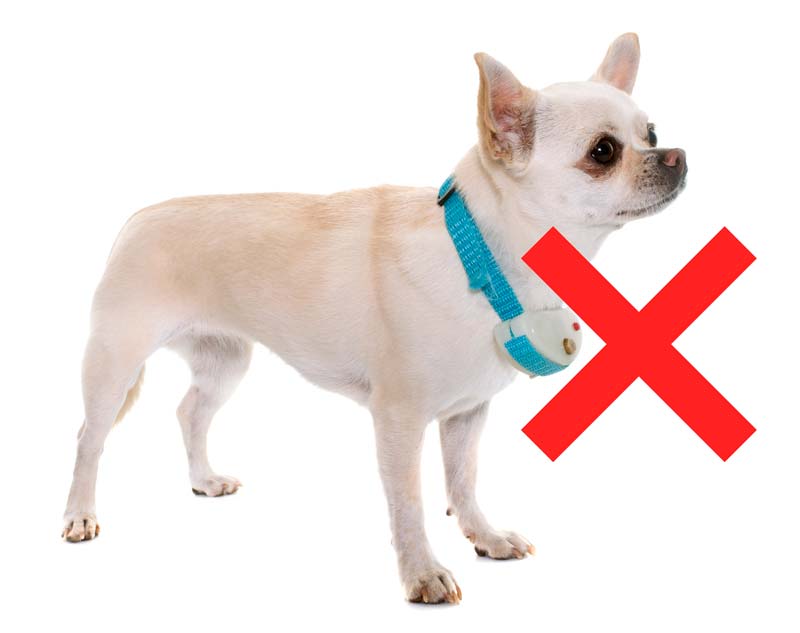 On the other hand, an e-collar might teach them to only avoid the chickens while you are around. Or they might associate the shock with something else, such as being outside and become nervous and anxious about leaving the house. For this reason, e-collars are not a good choice when training a dog to leave chickens alone.

Dogs love to chase squeaky and fluttery things, so chasing chickens is a very natural behavior. As a pet parent, it’s wise to expect your dog to run after birds and other animals and to act pre-emptively, rather than try to fix it afterwards.

Undoing the instinct to take off after chickens may take patience and persistence, but like all aspects of canine behavior, it is something that you can learn to manage and control.